From the RHRS President, Ian Wallace:

REFLECTIONS ON THE YEAR 2017

Train operations
This time last year, and indeed the previous year, there was a mood of uncertainty within much of the railway heritage movement in NSW. While we at RHRS had our customary end-of-year Christmas get-together lunch with heritage train operator 3801 Limited last December - and it was a successful event - the operational future of 3801 Limited and the ‘Cockatoo Run’ heritage tourist train was a matter on our collective minds.

As we moved into and through 2017, we found that 3801 Limited was “locked” in the Large Erecting Shop at Eveleigh and that the ‘Cockatoo Run’ made its last run for 2017 on Sunday, 29 January 2017. Without regular heritage train visits to Robertson station, it appeared that life at RHRS would be not quite the same, but we remained hopeful.

While we received no further visits in 2017 from the ‘Cockatoo Run’, we did in fact receive a small number of heritage train visits, including two visits from the THNSW ‘Highlander’ train. We are focusing on maximising the revenue return from whatever heritage train visit we receive and have been promised by THNSW that there will be four ‘Highlander’ visits in 2018. We remain hopeful that there may be more, so that we can continue to claim, accurately, that Robertson is a regular operating railway station. It seems likely that ‘Highlander’ visits in 2018 will be hauled by locomotives 4201 and 4490, both of which are popular with rail enthusiasts.
While it is possible that we may receive the occasional visit from other heritage train operators, unfortunately these are now fewer in number. ARHS(ACT) has gone into liquidation but, until recently, some of its locomotives have continued to run with THNSW trains. It is understood that these locomotives, including Beyer Garratt 6029, have been sold, but details are unclear at present. Lachlan Valley Railway is also a possibility - with either steam or diesel - but LVR has problems within its own administration concerning its operating base. Time will tell. LVR may run its own tour or may operate a charter, as it did recently with heritage diesel locomotive 4204. ARHS(NSW) may also be a possibility as it regularly hires rail motors for its tours and they would be happy to make a lunch stop at Robertson and be catered for - as occurred a year or so ago. Again, we have cause to be hopeful.

2018 is the year in which the iconic steam locomotive 3801 is due to be returned to service and, when this occurs, it will be headline news. There are many attractive destinations for its much-anticipated return, Robertson being just one of them. Once more, we can be hopeful, but it must be remembered that the “ideal” trip of travelling along the coast from Sydney to Wollongong and climbing up the Illawarra Escarpment to Robertson is an expensive exercise and can be hard on locomotives. It is good news too that heritage steam locomotive 3526, which has twice visited Robertson in recent years, has been overhauled and is being prepared for service in 2018.

The government-funded and much-needed concrete cancer repair project on our heritage-listed concrete station buildings and structures was completed late in 2016. While an undertaking was given by ARTC that they would fund the painting of these concrete buildings, this has not yet eventuated despite many reminders being sent by Neil Harvey, our maintenance co-ordinator, to ARTC. This is most frustrating for us, particularly as we have been advised by concrete experts that the good work completed in the concrete cancer repair project needs prompt protection by proper painting. This need has been expressed to ARTC and a further note expressing these sentiments will be sent by me before Christmas this year.

Outstanding work in progressively repainting and refurbishing much of the interior of the Fettlers Shed gallery has been done during 2017, largely by Neil Harvey and Ron Middleton. We very much appreciate their work in making the gallery more appealing and this will be continued in 2018 with the overall view to gaining further hiring of the gallery in the future.

Recently, the NSW Department of Corrective Services changed the arrangement for detainees to assist RHRS in the ongoing maintenance of our extensive grounds and gardens. The new team, from Bowral, has been rendering great assistance with mowing, whipper-snipping and selective weeding, and this will continue into and through 2018. Their assistance is greatly appreciated.

The waratahs put on a great display through September-October 2017 and most waratah plants have been pruned and fertilised since then. The task of regular weeding continues and it is hoped to make good progress with this over the summer months to prevent the invasion of weeds following warm weather and some rain. A watering system to provide adequate water to our waratahs and other shrubs was put in place in the weeks preceding September/October 2017. This will be used during future periods of low rainfall, such as we experienced for many months in 2017.

The management of noxious weeds such as honeysuckle, holly, privet and blackberry amongst the plantings of waratahs and hybrids as well as the spectacular Dorrigo waratah shrubs on the embankment opposite the station buildings is a task which will also continue over the summer months. This is an important requirement as the Dorrigo waratahs put on a great flowering display around Christmas and provide a wonderful incentive for the station to be visited during this period.

It is envisaged that, from time to time, additional plantings of suitable native plants and waratahs will continue to be made in 2018.

It is also envisaged that the holding regular of garden working-bees on the second Saturday of each month will continue during 2018, commencing at 9am on Saturday, 10 February 2018.
Finances

It is pleasing to note that our RHRS finances continue to be in a healthy state, with the closing balance in our bank account on 13 November 2017 being close to $15,000, which is almost the same as it was at the same time last year. Our thanks go to our treasurer Anne Wilson, who manages our finances so ably.

Under the auspices of committee members Neil Harvey and Ron Middleton, the RHRS railway modelling group has continued to grow in numbers and in the contribution they make to our range of activities. There are now several model railway layouts, in various gauges, which always attract attention and interest - as well as donations - at our open events. Their contribution is much appreciated and their valued work will continue during 2018. Members of the group now meet regularly on Friday and Sunday afternoons at the Fettlers Shed.

My thanks in 2017 - go to all members of our RHRS management committee who have given unstinting support during the year, particularly during late-September/October while Sandra and I were overseas. In addition, my thanks go to our members, friends and volunteers who we rely on to give continued support to our efforts. Your contribution is much appreciated.

At this time, my thoughts turn to the arresting but simple message boldly displayed at the entrance of the former Woodlawn mine at Tarago, NSW, which I visited on occasions during my working life. It seems to me to be applicable to RHRS at this time. It read as follows:
STRIVING
THRIVING
SURVIVING 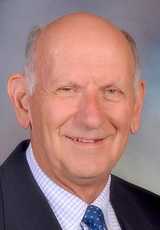 My wife Sandra and I extend to all members and friends of Robertson Heritage Railway Station a very happy and peaceful Christmas and a safe, healthy and successful 2018.

I look forward to re-activating our endeavours in 2018.